In order to protect our patients, clients and staff, we will be following current COVID-related compliance:

As always, please stay home if you are not feeling well, wash your hands, and keep your hands away from your face.

What is Concierge Medicine?

Concierge medicine is a prearranged agreement between a physician and the patient, where the patient will pay a retainer or annual fee to belong to a practice to cover services not covered by usual insurance company fees. It began gaining popularity in the late 1990’s and according to the Physicians Foundation. About 10 percent of private practice owners will convert to a concierge model. The concept of concierge medicine results in positive outcomes for both the physician and the patient. The benefit is that the physician cares for fewer patients, 50-1,000 vs. a non-concierge physician that may have as many as 4,000 patients. The lighter patient caseload means that patients will have quick and easy access to care that is more personal and to their physician, including phone or email access on evenings and weekends. Concierge medical practices differ on fee structures and services offered; some accept Medicare or traditional health insurance, others work on a cash only basis.

Chat with us about why you deserve a personal physician.

EVERY STEP OF THE WAY

Hudes Concierge Medicine will provide the highest level of personalized and preventative care. Annual physicals, coordinating labs and radiology and other specialized testes as needed, coordinating care with specialists, same day appointments and prescription refills, triaging unexpected hospital visits and sharing the latest medical advancements and releases of new drugs that impact you are the hallmark of what we do. Upon joining our practice each patient will undergo a full evaluation related to health needs and life style issues. Attention is given to assess not only your current medications but also, more importantly, how lifestyle impacts your wellness. Many people live complicated busy lives that often impact diet, exercise, sleep habits, and even medical care. For that reason, we will approach your health from a living perspective not an illness perspective.

Your journey as a Hudes Concierge Medicine patient will begin with a complete medical history and a review of prescriptions and procedures followed by a complete physical examination and then a full profile of labs and testing depending on your history. It is imperative that the team knows as much as possible about each patient, needs, preferences, and a pulse on what level of nutrition and fitness each patients is striving to attain. In addition to sick and wellness visits, Hudes Concierge Medicine will also coordinate all lab testing and interpretation, all radiology testing and interpretation, and necessary triaging of hospital and other physician specialist visits. Typically patients are granted a same day appointment, as well as, same day prescription refills. Dr. Hudes will be available to discuss your disease management, talk with any specialists you are currently seeing in an effort to have complete and accurate information, and to discuss current prescriptions and alternative solutions among many other services.

To get more information and schedule a meet and greet with Dr. Hudes, please call the office or fill out the info form below. Heidi Shirey, our medical concierge will be in touch to arrange a tour of the office and meet Dr. Hudes. Typically, we schedule these visits on Tuesday mornings and Thursday afternoons. After you become a patient, you will fill out the patient forms with Heidi’s help as needed and then we will schedule you for the annual physical and begin getting to know you. Before you are seen we will work with you to obtain all of your health records for Dr. Hudes to review. Home visits to assess living situations are conducted on an as needed basis. 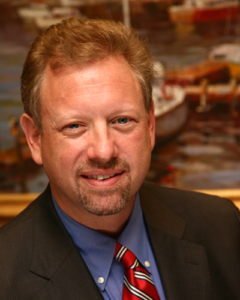 Dr. Brian Hudes started his career in medicine with the intention of taking care of patients in a global fashion. With a goal to provide care like an old style country doctor who knows and treats patients and their families throughout their entire life. He began his studies and became a graduate of the University of Pennsylvania and Tel Aviv University’s Sackler School of Medicine American Program. He completed his Internal Medicine residency at the Mount Sinai Hospital in New York. As a resident, he worked extensively with the liver transplant service. An experience that developed Dr. Hudes’ intellectual curiosity to pursue further graduate level training in a liver disease fellowship and then a gastroenterology fellowship at the Virginia Commonwealth University, Medical College of Virginia. After completing his training he became board certified in Internal Medicine and Gastroenterology.

He is proficient in clinical internal medicine, hepatology and gastroenterology. He is known for his skills in endoscopy, colonoscopy, endoscopic retrograde pancreatography, esophageal manometry and liver biopsy. His training also included learning to perform and interpret ultrasound imaging of the liver and biliary tract. Dr. Hudes began his career as new treatments for Chronic Hepatitis C were first discovered and continued throughout the evolution of the treatment and finally the ability to cure patients of Hepatitis C. As a hepatologist he became involved with treatment of low testosterone and insulin resistance, as well as, nutritional evaluation and treatment. Even as he had become more specialized, he found his way back to caring for and managing patients healthcare beyond his specialty interest to include all the patients’ medical issues. His dedication to his patients and his practice has been recognized by being awarded the People’s choice gastroenterology practice in 2013 by Appen newspapers and as Best Self’s Best Gastroenterologist in 2015 in the Atlanta metro area.

Dr. Hudes exhibits a very entrepreneurial spirit. In addition to founding Advanced Gastroenterology Associates, Johns Creek Anesthesia and Hudes Endoscopy Center (2015 AAAHC accredited endoscopic ambulatory surgery center), Dr. Hudes was a founding member of the Johns Creek Healthcare Association and is owner of a new car dealership, Alex Luxury and Classic Cars. He was also the founding President of Gesher L’ Torah Synagogue in Alpharetta, Ga. He has contributed to several medical and consumer publications on the topics of gastroenterology, hepatitis C, colonoscopy and other health-related issues. Dr. Hudes is currently board certified in gastroenterology and participating in maintenance of certification in internal medicine and gastroenterology.

He is currently accepting new patients 16 years and older in his Concierge Internal Medicine practice.